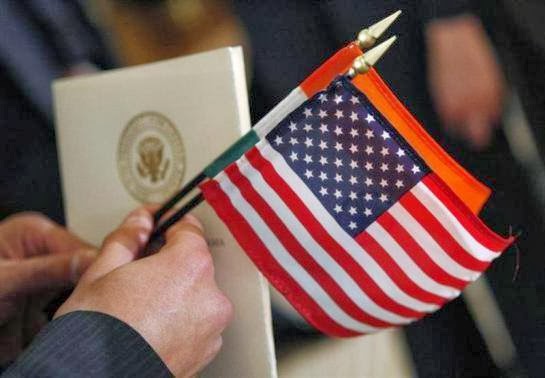 (Reuters) - The U.S. trade representative on Monday will announce a trade enforcement action tied to India, his office said, a move that could further rile relations after an incident last year involving the arrest and strip-search of an Indian consul.

U.S. Trade Representative Michael Froman will discuss the action at a news conference at 2 p.m. (1900 GMT), his office said on Sunday night. The Office of the U.S. Trade Representative said it could offer no additional details.
On Friday, the U.S. Chamber of Commerce called on Washington to ratchet up pressure on India over intellectual property rights, a move that could help prevent Indian companies from producing cheap generic versions of medicines still under patent protection.
Also this week, the U.S. International Trade Commission has a hearing scheduled for Wednesday and Thursday to look into Indian trade and investment practices.
In a submission to the USTR, the Chamber of Commerce asked that India be classified as a Priority Foreign Country, a tag given to the worst offenders when it comes to protecting intellectual property and one that could trigger trade sanctions.
Other trade groups, including those representing the pharmaceutical and manufacturing industries, echoed the call for a tougher stance on India.
India is on the U.S. government's Priority Watch List for countries whose practices on protecting intellectual property Washington believes should be monitored closely.
The United States and India have been trying to get their relations back on track after New Delhi blamed Washington for a "mini crisis" over the treatment of its deputy consul general in New York in December.
The diplomat, Devyani Khobragade, was arrested and strip-searched after she was accused of visa fraud and underpaying her maid.
Her treatment provoked protests in India, which curbed privileges offered to U.S. diplomats in retaliation and asked Washington to withdraw a diplomat from New Delhi.
Khobragade left the United States in January after a complex deal in which her diplomatic status was switched to the United Nations, affording her a greater degree of immunity from prosecution. But U.S. authorities have so far refused to drop the charges against her.
(Reporting by Peter Cooney; Additional reporting by Krista Hughes and David Brunnstrom; Editing by Eric Walsh)

Popular posts from this blog

May 22, 2017
Nature never fails to surprise us. In many parts of the world, natural resources are the only source of livelihood opportunities available to people. They can be in the form of wild shrubs like Daphne papyracea and Daphne bholua (paper plant) that are used to make paper or Gossypium spp (cotton) that forms the backbone of the textile industry.

Nothing can compete with the dynamism of biological resources. Recently, Girardinia diversifolia (Himalayan nettle), a fibre-yielding plant, has become an important livelihood option for people living in the remote mountainous villages of the Hindu Kush Himalaya.

There is a community in Khar, a hamlet in Darchula district in far-western Nepal, which produces fabrics from Himalayan nettle. The fabric and the things made from it are sold in local as well as national and international markets as high-end products.

October 13, 2017
Supreme Court orally indicates that the government should not deport Rohingya “now” as the Centre prevails over it to not record any such views in its formal order, citing “international ramifications”.

The Supreme Court on Friday came close to ordering the government not to deport the Rohingya.

It finally settled on merely observing that a balance should be struck between humanitarian concern for the community and the country's national security and economic interests.

The court was hearing a bunch of petitions, one filed by persons within the Rohingya community, against a proposed move to deport over 40,000 Rohingya refugees. A three-judge Bench, led by Chief Justice of India Dipak Misra, began by orally indicating that the government should not deport Rohingya “now”, but the government prevailed on the court to not pass any formal order, citing “international ramifications”. With this, the status quo continues even though the court gave the community liberty to approach it in …
4 comments
Click Here To Read more »

April 13, 2014
Demonstrating the function of the flare rack that carries silver iodide for cloud-seeding through an aircraft.
Water is essential for life on the earth. Precipitation from the skies is the only source for it. India and the rest of Asia are dependent on the monsoons for rains. While the South West Monsoon is the main source for India as a whole, Tamil Nadu and coastal areas of South Andhra Pradesh get the benefit of the North East Monsoon, which is just a less dependable beat on the reversal of the South West Monsoon winds.
Post a Comment
Click Here To Read more »